The Nankana massacre (or Saka Nankana) took place in Nankana Sahib gurdwara on 20 February 1921, at that time of British India, in modern-day Pakistan. More than 260 Sikhs were killed, including children as young as seven, by the Mahant and his mercenaries. The event forms an important part of Sikh history. In political significance, it comes next only to the Jallianwala Bagh massacre of April 1919. The saga constitutes the core of the Gurdwara Reform Movement started by the Sikhs in the early twentieth century.

"Do one of the above; And live in such a way that you will enrich, and not diminish, our relatives in the Earth family of animals and plants, soil, air, and water." 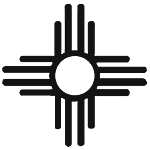